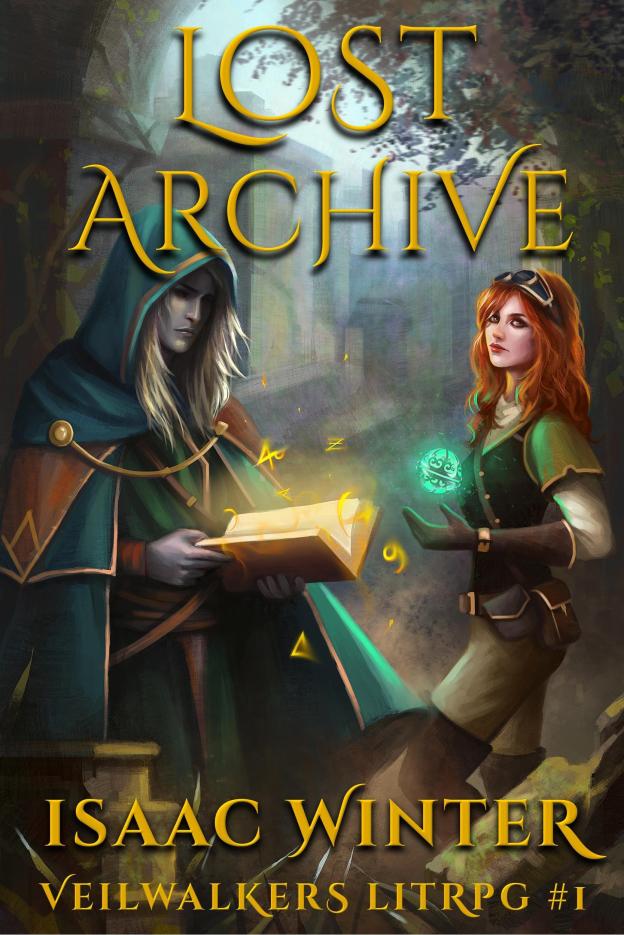 Winston Beckett is a linguistic scholar, poring over musty manuscripts and ancient translations. That is, before he finds a book of magical runes. Before people start disappearing.

When he deciphers the strange book, Winston discovers a secret so big it throws him into a different world. Literally.

No more grading papers. No more research. No more work. Just him and The Veil, the eerily realistic game world he falls into.

Desperate to find his missing colleagues, Winston must navigate this strange new world, using only his wits to survive. Quests, skills, and loot await him…if he’s up to the task.

Along the way, he’ll need to fight enemies, recruit allies, and go on a journey of magic and adventure. And at the end? Well, let’s just say he won’t be the same person he started as.

Lost Archive is a LitRPG Adventure and first in the VeilWalkers series.

Isaac Winter is a full-time geek and part-time writer from California. A long time gamer and fantasy nerd, Isaac found his new favorite genre when discovering LitRPG. When the voices in his head wouldn’t be quiet anymore, he decided to start writing stories about those characters. He enjoys a warm cup of tea and a good book, and lives with his partner and cat on a radioactive island (no really!)

You can find him on the web at his author page: http://author.to/isaacwinter

Or even Patreon, if you’re so inclined: http://patreon.com/litrpglibrary

Lovely interview from my co-writer, over his new book, releasing soon 🙂

Welcome to the Literary Library Lounge where I interview fellow authors. Today, I am chatting with Matt Ferraz from Brazil 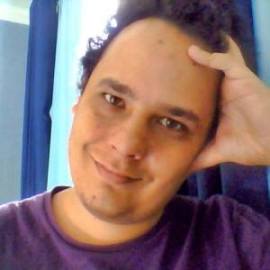 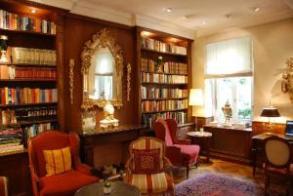 Thanks for joining me, Matt.  Please take a seat and make yourself comfortable.

I don’t believe I’ve had any authors from Brazil in my Author Spotlight before. Can you tell me more about your background?

I live in Contagem, an industrial town in central Brazil. Contagem is a nice place but it lacks cultural spots, so I spent a lot of time traveling to Belo Horizonte, the capital of the state, where there are more libraries and theaters.

I have spent the last year living in Buckingham, UK, taking my masters in biography at the town’s university. Whenever I had the chance, I would take the train to London and spend the day on bookshops and museums, or go to the theatre to see a play. It was an amazing experience…

Team Secret King is coming to Wigan Comic Con, June 3rd and we’re so excited to be taking part in such a great show.

To help create a buzz over the event and over one of our star artists, Andrew Dodd, we’re running a small comp to win a family pass. (2 adults, 2 children)

All you need to do is head over to our TSK facebook page, like us, and leave a comment on our contest post with your fav comic book hero, then you’ll be entered into a random draw to be chosen on the 6th May. 🙂

Sorry to my US fans, if you comment, and like the page, I’ll pop you into a drawer for some of the bookmarks and a Keychain. : ) 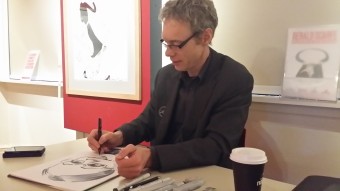 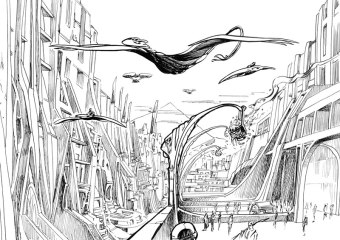 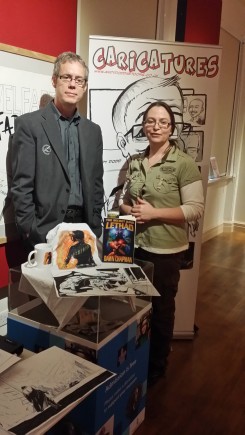 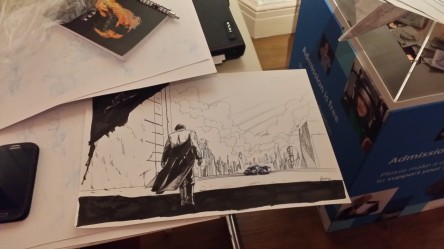 I guess I have to show you some of the fab art which will be coming, Andrew may also be doing caricatures if you ask him nicely on the day, and don’t look but there’s one he did of me, lol

Come on peeps…. I know you want to meet us because I’m excited to meet you all and chat about SciFi and strange new worlds.

Great to have listened to the second book in this series, looking out for the third now 🙂