So yeah that pretty much says it all. We’re living in a building site at the moment, as work on the house, started a week ahead of schedule. oopsie.

I had to give in early on nano because of all this planning, even though I made the 50k because I planned well, the novel isn’t finished and I’m so behind on everything. Oh well.

The back of our house. 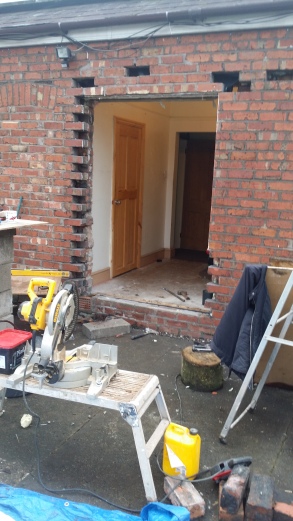 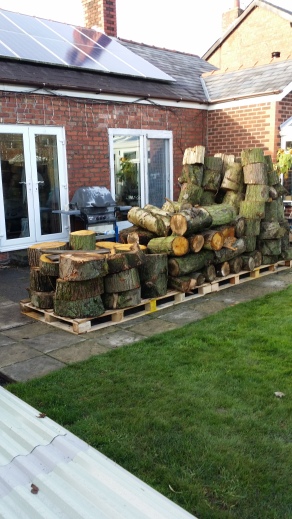 Things have gone a lot better towards the end of this year, we’ve lots good happening, not just the publication of TSK or of Trent’s wonderful language book this month, but for us personally, my mum and the house.

We were going to move rooms, our living room used to be a bedroom and we were going to swap them back around. But, instead we decided to alter the structure of the house and make it better for us. That of course involves a good amount of cash, which we had, and some time away from stuff.

So, knocking through two rooms, putting in steel beams and redecorating in December isn’t a very good idea, but it’s the best time for us to do it, we’re not really xmas people… lol It’s hard on Bobby and us though, moving stuff, and just total upheaval.

Here’s some before, and during pics. I will of course, keep them posted as things are done, it’s really nice to have those memories to remember.

I’ve had a rough week at work, with different things going wrong, but now, I’ve a week to clean, sort things out, and catch up on lots of stuff I’ve neglected.

We launched TSK Productions blog today with our Author Spotlight.

Up first is T.L. Evans a fab Sci Fi writer. Go check it out and follow us along for some more amazing and talented writers 🙂