Would you marry the perfect stranger? Pre-Order Something Blue Now for the special pre-order price of only 99c!

In the city of Monopolis where happily ever after is just a scientific formula away, Valentine Morland has been waiting nine years for her day to come. Now it’s here, and she will marry the man of her dreams, a stranger to her, before being swept off to life of carefree luxury and bliss, courtesy of the Jigsaw Project. However, all is not as Valentine imagined as her new husband is quickly discovered as not the man of her dreams, but one who claims he isn’t capable of love at all. Harbouring an intense paranoia for the system, which upholds the very idealist fantasy that Valentine holds so dear, Clark threatens to throw her into a world, not of bliss, but of scary consequence where her every emotion is under scrutiny. Can it be that the scientific formula with a 99% success rate got it all wrong, or is everything in the world of Bliss Inc. more sinister than it seems? 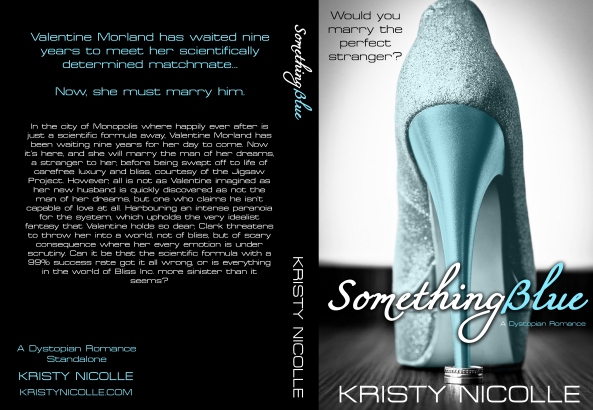 ADD IT ON GOODREADS- https://www.goodreads.com/book/show/33863710-something-blue

Book Description  BORDER LINES.
When the perfect job comes up, Charlie doesn’t think twice about taking it. This is the break he’s been looking for and nobody, not even the rest of his team, can persuade him otherwise.

The job means working for an old enemy and crossing the border into London. Both are risky, but Charlie has no idea how high the stakes really are. The team will have to confront their past, each other and a killer who is closer than they realize. But can they all make it out of the city alive?

“We all remember that kid in Piccadilly. That determined look he had on his face as he willed all those people to him. Just using his mind, he pulled them close then blew them all to pieces. It could be anyone. Your neighbour, your friend, your lover. Remain vigilant. Reachers are everywhere.”

He switched off the engine anyway and an uncertain lull settled in the car. If John wasn’t going in it meant that Rachel didn’t have to go either. She couldn’t help being tempted, it would be a lot easier than confronting Darcy.

“You can stay if you want Rach,” Charlie offered.

She shook her head, being part of the family meant taking the good and the bad. For everything good she would have to overcome something bad. She had her new shoes, it was time now to confront Darcy.

“What are we waiting for?”

Charlie’s mobility was improving by the day. The damage from the stab wounds in his back was never going to completely heal, but he was coping with the residual pain now and learning how to use his body again. Using his crutch, he made every move look effortless. He pivoted himself out of the car and swung around to open the door for Rachel.

The rain fell in heavy sheets. They were soaked before they even reached the porch. There was a makeshift door left ajar and, inside, the remains of the old chapel battled against the elements leaking through the holes in the roof. Decaying pews were haphazardly scattered as though someone had tried to shield them from the water, but the roof was in such a state now it poured just as heavily inside as it did out.

The windows on the left side of the building had survived. Their modest stained glass darkened by the absence of the sun. The right side were long gone, unable to stand the decades of storms battering the country.

It was a chapel once belonging to the Church of England and now occupied by Catholics. The effect was a strange one. The statue of the virgin and a few indistinguishable saints were perched on nearby pews, as out of place as an atheist in the house of God. Rachel inspected them with a slight fondness. She wasn’t particularly religious, but these were symbols from her childhood.

Charlie walked passed the statues. He headed into the vestry calling Darcy’s name while Rachel walked around the dark nave trying to make out the stone saints. A large, crucified Christ hung over the altar. It was too big for the size of the church, looming over the nave and scrutinising parishioners. Rachel remembered a similar icon from her childhood, and how the nuns had got so angry with her when she happened to query Jesus’ apparent Aryan ethnicity. A smile touched her lips at the memory. She glanced up at this Jesus and was surprised to see his bare black feet. Then frowned when she noticed the cuffs of his jeans. Her eyes widened as she saw a face she hadn’t seen since she was a little girl.

Darcy was stripped at the waist. His ribs poked out of his leathery skin, an omen of malnutrition. His arms had been tied with bloody ropes to a crude cross constructed from a broken pew. There had been no rope left for his feet so instead a belt held the eighty-year-old’s legs in place. There were other marks too – burns on his chest and face, dried blood on his bruised body. How long had he been up there? 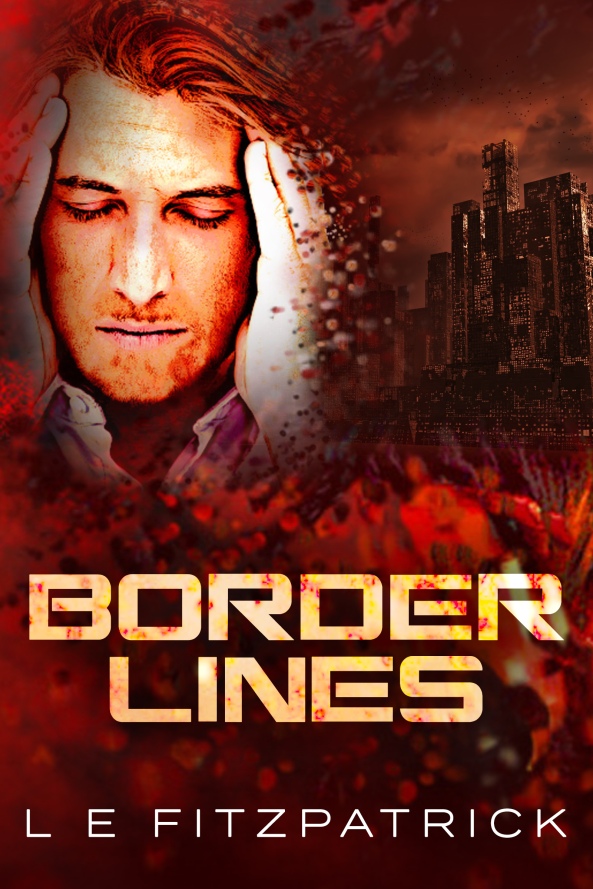 L E Fitzpatrick is a writer of dark adventure stories and thrillers. Under the watchful eye of her beloved rescue Staffordshire Bull Terrier, she leaps from trains and climbs down buildings, all from the front room of a tiny cottage in the middle of the Welsh countryside.

Inspired by cult film and TV, L E Fitzpatrick’s fiction is a collection of twisted worlds and realities, broken characters, and high action. She enjoys pushing the boundaries of her imagination and creating hugely entertaining stories.

THE RUNNING GAME, is the first in her paranormal thriller series, set in dystopia London under the Creativia label and now BORDER LINES is the second instalment of the Reachers series.